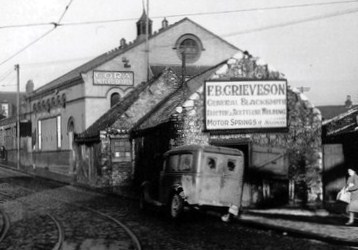 Located on Southwick Road at the Wheatsheaf end. The building was originally the Wheatsheaf Hall and began screening animated pictures in 1907. It was converted into the Wheatsheaf Picture Hall in 1908. In 1911 it was re-named Coronation Picture Palace, and by 1913, was known as the Cora Picture Palace. All 400 seats were on a single level, and the proscenium was 18 feet wide.

It was closed by the local health authority in 1930, but soon reopened having being equipped to screen ‘talkies’

The Cora Picture Palace was closed in 1959, but was not demolished until 1982.