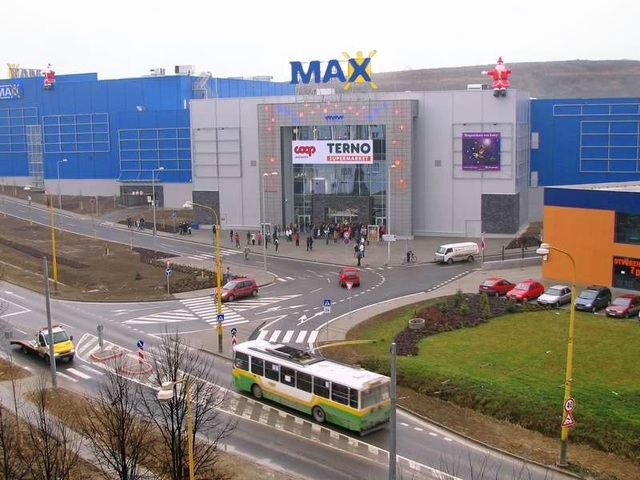 The shopping center MAX Zilina is situated on a gentle slope, and therefore it has instead of the standard two floors three, with only a few shops on the ground floor. In addition, there are four hundred parking spaces placed. The miniplex CineMAX Zilina is located in the southern part of the shopping center, on the second floor. MAX Zilina has 18,500 square meter of rentable area, 105 commercial and service establish-ments, 6 cafes, a wine bar, a restaurant, and a food court.

CineMAX Zilina was opened on 8th December 2007. Among the first screened films was “The Golden Compass”.

The miniplex has five air-conditioned auditoriums with a total capacity of 940 seats. The largest hall (Screen A) has 279 seats, the second largest 192 seating opportunities. The three smaller auditoriums are relatively the same size, where viewers will find in them 155 seats. The theater has a separate night exit.

Among the interesting projects that have been held in the theater was a Korean Film Festival in cooperation with the Embassy of the Republic of Korea. Viewers had an opportunity to see four Korean movies with English subtitles in July 2009 for two days and for free. The reason for this festival was that near of Zilina the only European plant of the automotive brand Kia is situated.

The town of Zilina is one of the few in Slovakia in which various theater operators are competing. At the end of 2010 the movie distributor Tatrafilm launched a project in the Mirage shopping center initially under the name of City Cinemas, which was later changed to Ster Century Cinemas Zilina.

The average attendance per showing at Cinemax Zilina was nearly 46 visitors in 2010 (5,523 showings; 253,425 visitors). The importance of the Mirage miniplex, however, is increasing and its advantage is primarily a placement in the city center. This suggests that in 2011 CineMAX Zilina has lost its very good position among the multi-screen cinemas in Slovakia.