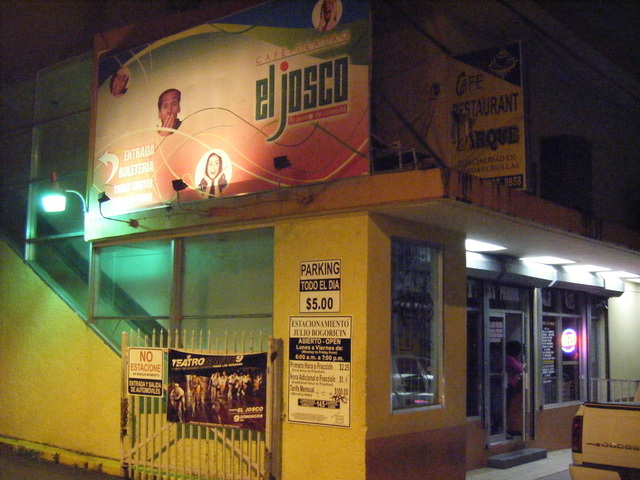 This movie theater was built next to the Radio City. They shared the same ticket box office and candy stand.

The theater was very small, but the screen was pretty big which made for quite an unusual viewing experience. One had to sit in the last couple of rows to watch the movie comfortably. The Excelsior also had a very small balcony section.

While the Radio City specialized in showing blockbusters, the Excelsior showed more specialized fare. From Fellini movies to sexy European flicks (ie: Sylvia Kristel movies), they were all shown at the Excelsior.

As happened in the case of the Radio City, multiplexes at malls started attracting crowds from the Excelsior, and it closed down in 1983.

Years later it became a live theater-cocktail lounge. Its name was subsequently changed to El Josco theater. In 2001, El Josco closed down, although only briefly, since as of 2003, the Excelsior is once again a showcase for local plays. But once again in a cocktail lounge kind of setting. This means that both the Radio City and the Excelsior are back in business as live theater venues.

The screen was too big and too close to the front rows of the orchestra for a small theater.
I always sat in the balcony, front and center.