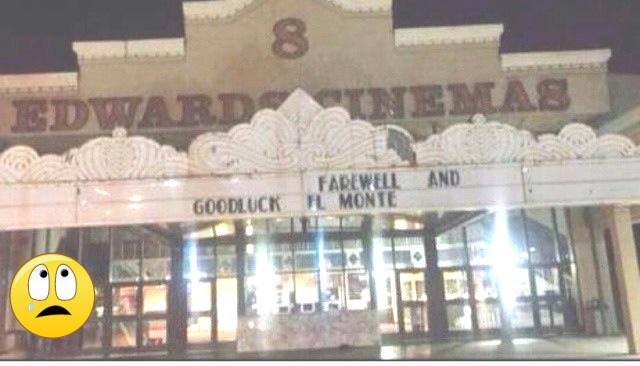 The Edwards El Monte 8 opened on November 24, 1992, at the same time as the Edwards La Verne 12. Said to have more than 2,000 seats, it is one of the Edwards theaters that became part of Regal Entertainment Group in 2002.

Twenty years later the only hope for this aging theater was El Monte’s plan to develop the mixed-use Transit Village on and near the site. According to the magazine Retail Traffic, this would include “1,850 residences, a theater and entertainment complex, a conference center, a hotel with about 200 rooms, about 491,000 square feet of retail” and more.

Is this too ambitious for the city of El Monte? In March of 2012 the San Gabriel Valley Tribune called this plan “now defunct.” For those interested, the legal turmoil surrounding this project has been covered thoroughly in the Tribune.

Just found out from a friend who lives out that way, this theatre is in the process of being demolished.

Article about Walmart falling through. Copy & paste to view.