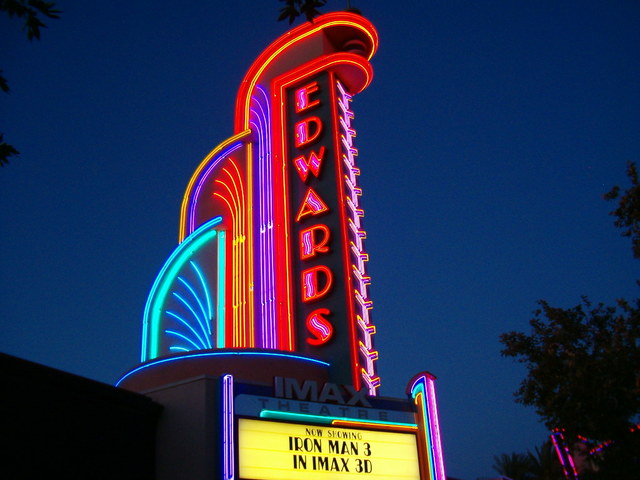 The Fresno Bee covered the opening of the $20 million Edwards Fresno Stadium 21, which opened on May 19, 1998 in the Marketplace at River Park. 5,000 tickets were sold in the first five hours where “Godzilla” was playing on 12 of the 21 screens in the 4,500-seat complex.

The painting of the building took 20 painters, working seven days a week, 1-½ months. There are two lobby murals, which cost $30,000 each. Ten ticket windows and three snack bars, with the longest at 125 feet, were built to handle the crowds.

The 281-seat small IMAX screen, detached from the main theater, opened on November 19, 1999. The screen with dimensions of 52’x70’ was said to be smaller than the Edwards Ontario Mills IMAX.

In April of 2000 the Bee noted that Edwards helped to drive out of business six older theaters in Fresno. Edwards Theatres has been part of Regal Entertainment Group since 2002. 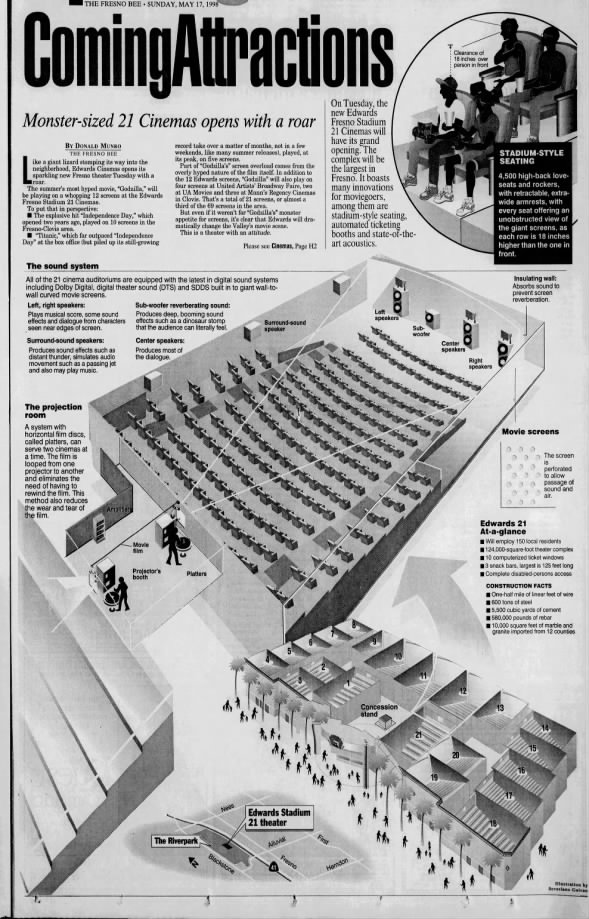 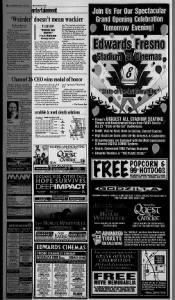 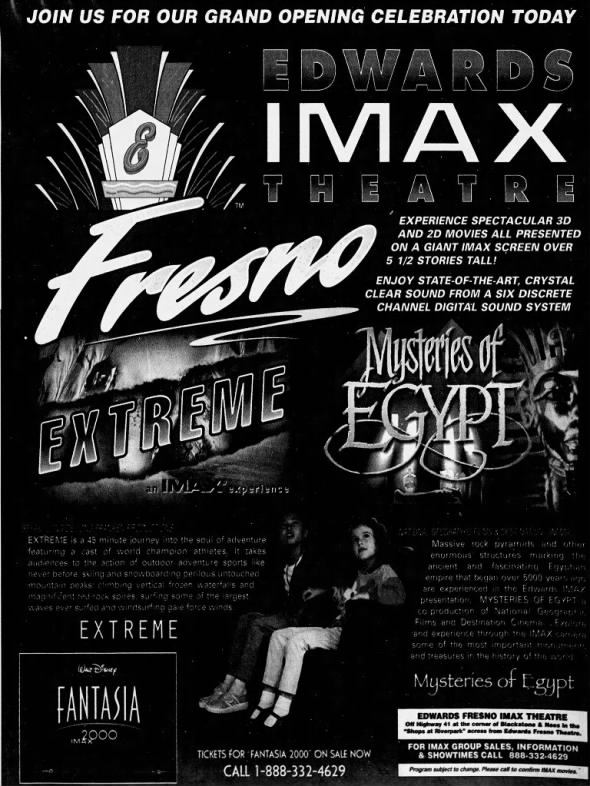