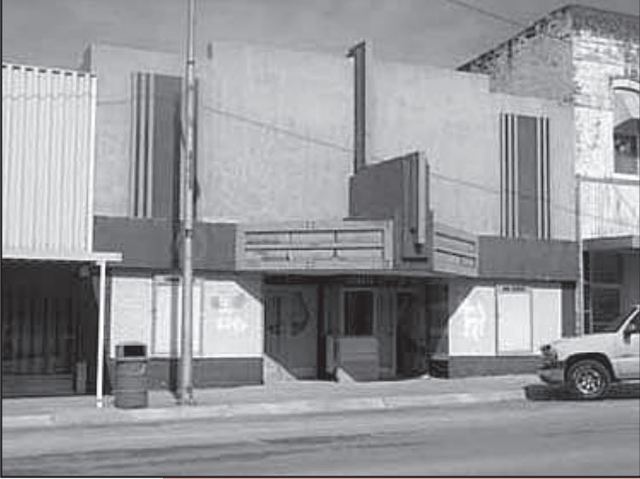 The Hobson Theatre was opened on September 23, 1912. On December 20, 1918 it was renamed Liberty Theatre. It was remodelled in 1940 to the plans of architect Larry P. Larsen and reopened as the New Gregg Theatre. The 1946 Unkwa High School Yearbook, Copan, OK, ran a display add for the Gregg Theatre in Caney, KS.

The New Gregg Theatre was still operating in 1957.

This item is from the “Theater Changes” column of the July 17, 1940, issue of Motion Picture Daily:

“Kansas City, July 16. — The new theatre at Caney, Kan., practically rebuilt from the old Liberty by Larry Larsen, architect and builder, will be opened shortly by C. R. Gregg. The new house, renamed the Gregg, has been closed for two months.”The Liberty Theatre at Caney, Kansas, was mentioned in the June 7, 1919, issue of The Moving Picture World. Earlier than that I’ve found a Strand Theatre (new front to be installed, MPW April 6, 1918) and an Iris Theatre (recently opened, MPW August 28, 1915) in Caney. Possibly earlier names for the same theater?

I’ve found another aka for the Gregg Theatre. The September 27, 1912 issue of the Caney News said that the new, 452-seat Hobson Theatre on 4th Avenue had opened the previous Monday (September 23.) The Hobson then advertised in the paper for several years. The house presented movies, vaudeville, frequent live theater productions, public meetings, and occasionally even wrestling matches, so it to have had a stage. In its early years, the Hobson’s competition was the Cozy Theatre, which appears to have been exclusively a movie house and which closed at the end of 1913. In 1917, ads for a new rival, the Strand Theatre, began to appear.

“H. R. Bisby, manager of the Liberty Theatre, has moved his pipe organ from the Strand Theatre to the big show house and will soon be in position to again give the patrons of his place the pipe organ music. He also plans to re-open the Strand about the second week in next month.”

It is likely that the original operators of the Hobson were either unwilling or unable to renew their lease and the house fell into the hands of their competitor, Mr. Bisby.