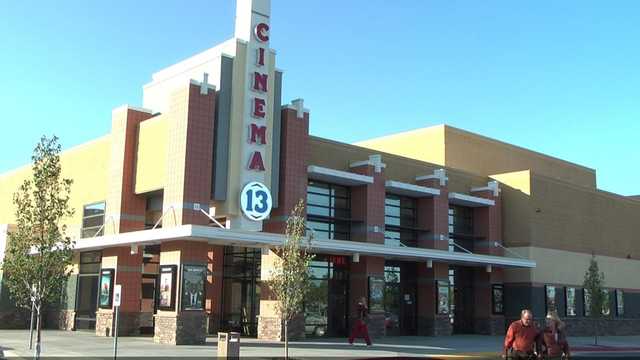 When the project was first announced in the Times-News on March 18, 2011, David Corkill, Cinema West’s president, said it would be their first cinema location outside of northern California, where the firm operates 12 complexes. Entertainment Properties Trust of Kansas City is also a partner in the project.

The theater has all digital projection and sound in both 2D and 3D. One auditorium has 19 seats in two rows with D Box Motion Seating. The largest auditorium has 299 seats and a screen 55-feet wide. There are a couple of 49-seat screening rooms, a beer and wine bar and game room.

In addition to the Hollywood blockbusters, one auditorium for the opening was playing an art house film “The Best Exotic Marigold Hotel". John Eickhof, owner of the Ace Theatre in Wendell, is the general manager of the theater. John was the founder of Northwest Theatre Equipment Co., Inc.

John Eickhof is no longer with Cinema West. In March of 2018 it was announced that the theater would be expanding to a 20 screen theater. 6 of the new auditoriums will have food and drink service as well as luxury recliners.

Reserved seating will be implemented as well. 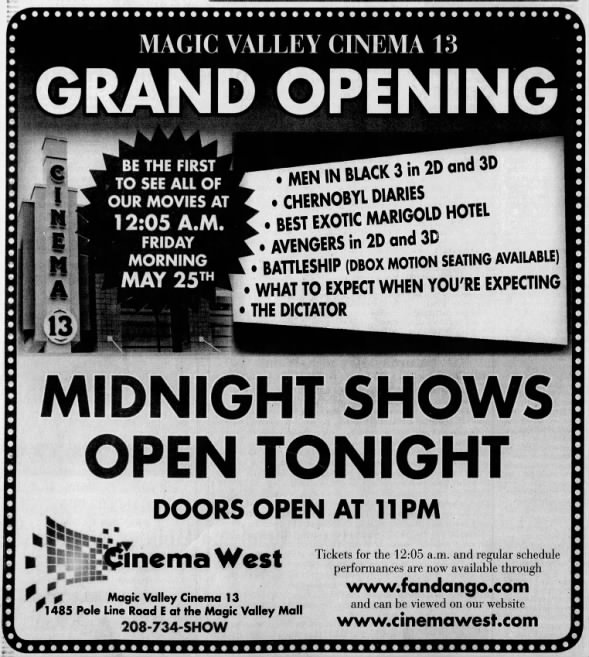