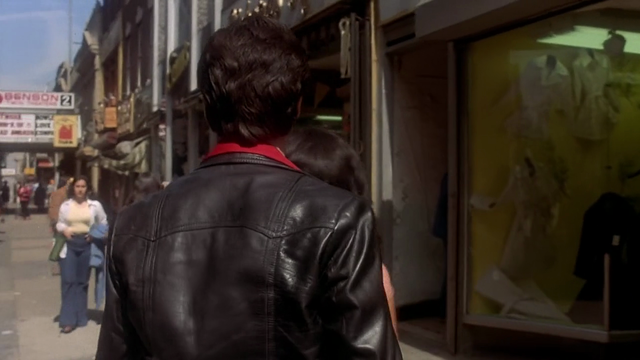 Opened as the Benson Theatre on March 1, 1922 with Wesley Barry in “School Days” & Gus Edwards in “School Day Revue”. It was a 1,500 seat theatre, located in the shadows of the elevated subway in Bensonhurst, Brooklyn at 86th Street and 20th Avenue. Designed by architects George Keister & Libman. It was equipped with a Wurlitzer 2 manual, 6 ranks organ. It was run as a dollar theatre by the Golden Theatre chain before it was twinned by splitting it down the middle and renamed Benson Twins with seating for 588 and 400.

Subsequently, it became a first run house. In the final days, it was closed more than it was open, and was closed in 1988 for its current use as a drugstore. By 2015 part of the building had been converted into a gymnasium.

I’d really love to see a photo of the Benson from the 70s or 80s. I remember seeing Return of the Jedi, Grease, Superman, Goonies, Karate Kid and countless other flicks there. I’d love to see any old pics of 86st. Thanks for this site. It’s like the closest thing to a time machine and I am very grateful for all of you who left a comment with your wonderful memories. Best of luck n health to you all.

Would love to see an entire coffee table book of 86th street from the 50’s through the 80’s !

As a teenager I only went to the Benson once. My cousin from Bay Ridge and
his friends thought we could get a few laughs out of ‘Night of the Living Dead’.
It scared the#*@$ out of us! We were unimpressed with the theater. I lived in
Dyker Heights so I was more used to the RKO Dyker. My cousin was more
used to the Loew’s Alpine. We were spoiled and lucky to go into downtown
often to the Brooklyn Paramount (with parents), the Fox and the RKO Albee.
Don’t get me started on Radio City, either. The Loew’s Oriental made the
Benson look like a bare-bones, slipshod mistake!

1975 Twin PG pictures on one side,X-rated on the other,No place for a child.

Does anyone know if any of the theater ornamentation survives in this theater as the drug store, or is it all covered over/removed?

Above the entrance to the drug store there is still some ornamentaion near the top of the building. Nothing remains inside.

Bway, do you mean interior or exterior? The last time I was inside the Benson was in the early 80s, and there wasn’t much that was historically significant left in the interior.

I use to live in Bensonhurst from 1944 to 1951 and I remember going to the Benson to see Cinderella. They use to give out dishes to the women!! Such good memories!! I lived on 84th Street. There use to be trees on that street and now there is nothing. 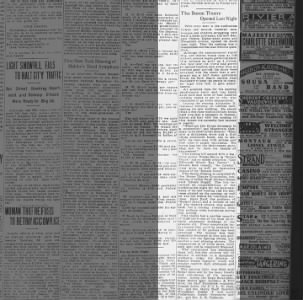