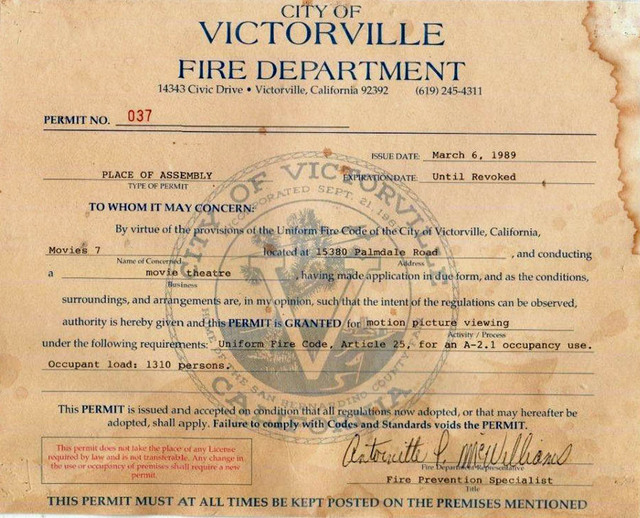 The construction of a new theater in Victorville was announced in the Los Angeles Times on January 3, 1980. The Western Amusements Co. Movies 4, designed by Thomas Berkes, first appeared in the Independent Theatre Guide of the LA Times on December 26, 1980. On September 11, 1981 it was called Movies 7.

From the late-1980’s until 2000, Movies 7 was listed in the International Motion Picture Almanac under Cinemark Theatres. In the fall of 1999 it disappeared from the co-op ads in the LA Times and apparently wasn’t listed again. At that time Cinemark still had the Movies 10 on Mariposa Road, which opened in 1991.

The Movies 7 was most likely demolished and currently an auto dealership and rental agency occupy the site.