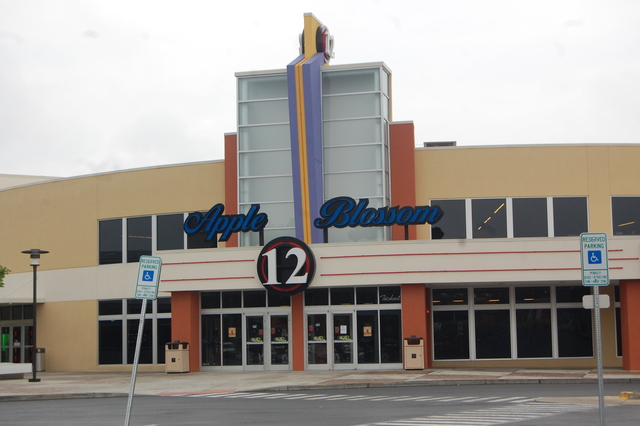 The Apple Blossom 6 opened in 1984 as an anchor to the Apple Blossom Mall. The cinema closed in 2012 for extensive renovation and restructuring of the auditoriums to accommodate stadium seating.

Carmike Cinemas did not exist under that name in 1984; at that time they were still known as Martin Theatres. Martin’s Virginia locations were concentrated in the Hampton Roads/Tidewater region: Hampton, Newport News, Portsmouth and Williamsburg. This theater was most likely opened by Plitt Southern Theatres, Consolidated Theatres or an operator other than Martin/Carmike.