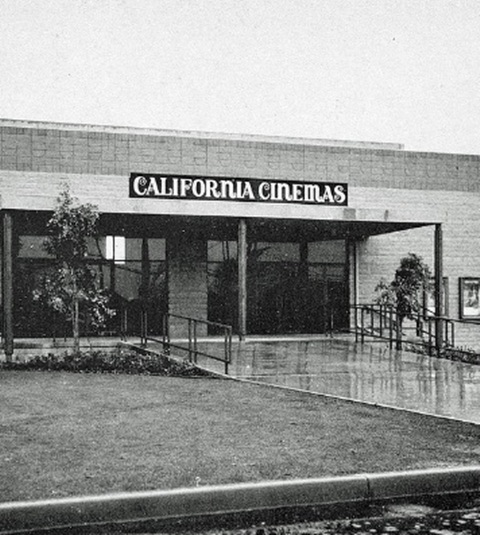 The Modesto Bee reported the opening of the 600-seat, $200,000 California Cinemas I and II on April 14, 1976. It was said Turlock had been without a theater since January 16 when fire gutted the old Turlock Theatre. The four Doo brothers, local entrepreneurs and supermarket owners, developed the theaters as part of their shopping center

In 1985, when it was known as the Valley Cinemas, two more screens were added increasing seating capacity to 1,168. A September 1997 article in the Modesto Bee said that the current operator was North American Cinemas. Their plan was to convert the Valley Cinemas to second run when a new theater, a joint venture with Signature Theatres, opened in Turlock.

The Valley Cinemas 4 became a dollar discount house after the new Turlock Stadium 14 opened in December of 1998. The Valley Cinemas 4 closed on March 18, 1999 when North American didn’t renew the lease. In 2001 the building, still owned by the Doo family, was converted to In-Shape City.

Here is a picture of the theater when it was known as the California Cinemas: View link