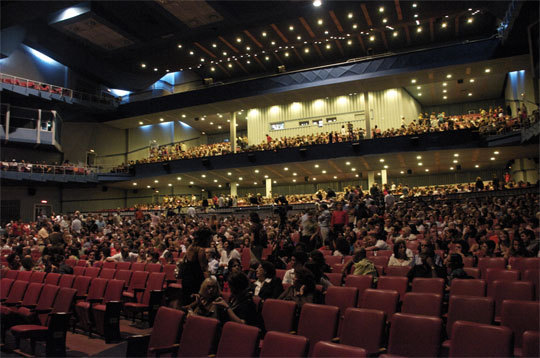 Located in the Miramar district of central Havana, on Avenida 1 ra at Calle 10. The Teatro Blanquita was the largest cinema in Havana and was built in 1949, opening on 30th December 1949. As well as operating as a cinema, it was extensively used as a live theatre. It was still operating in 1958. In 1959, after the Cuban Revolution, it was re-named Teatro Karl Marx, and continues as a live theatre and concert venue today.

This theater opened on December 30, 1949, the property of Senator Alfredo Hornedo Suárez, with the name Blanquita, after his second wife, Blanca Maruri, with Lou Walter’s production “From New York to Paris”.

The 2nd show was an Ice Show starring Belita. After 2 weeks, the show ended and Senator Hornedo decided to keep the frozen stage as a public Ice-skating rink. 2 skaters from the show were hired as instructors. One male, Art Franklin and one female, Patricia Wallace. The Ice-rink remained open until May, when Senator Hornedo and his new wife embarked on their Honeymoon to Europe. Patricia and one of her students, Colin, fell in love and married in Los Angeles in July. They were married for 52 years. She passed away in January 2001 and Colin now lives in Ventura, Calif.