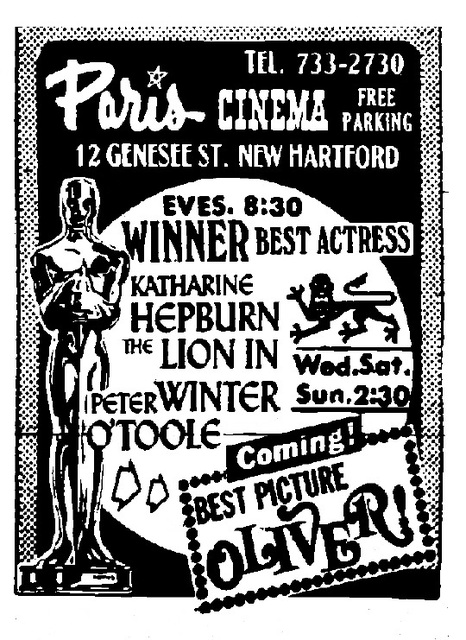 The New Hartford Theatre was opened prior to 1950. It was later renamed Paris Cinema. The last operator was Loews Theatres, who closed the theatre in the early-1990’s. It was an “All Seats $2 house” for many years.

The Paris Cinema was a ‘box’ inside the New Hartford Theatre. There was a door behind the Paris' screen that revealed a larger theatre. The old space was used for storage. It’s proscenium was still intact.

As of 2020, the building is the home of the Wilde Rep Theatre, and a piano store in the lobby.