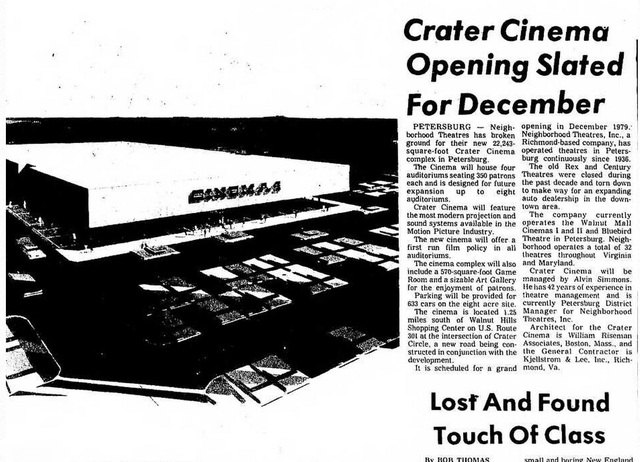 The Crater Cinemas opened as a 4-screen cinema in December 1979 by Neighborhood Theatres. Each auditorium had 350 seats. By 1986 it was under the Cineplex Odeon banner who added an additional four screens. By the mid-1990’s it was back with Neighborhood Theatres. In 1998 it switched hands again becoming part of Regal Cinemas. The Crater Cinema 8 closed in 2003 and has since been demolished.

Was this built by Riseman Architects? The picture is so GCC.