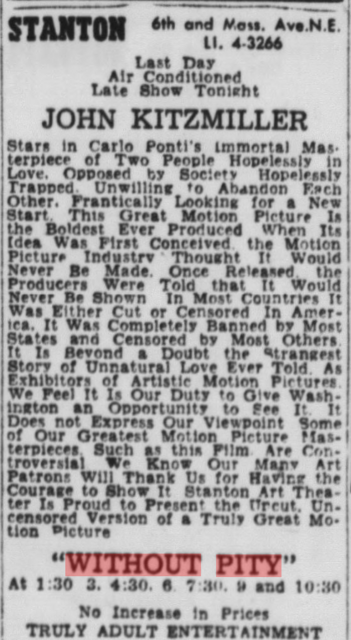 Built in 1913, in December 1917 the Stanton Theatre became part of the Moore Circuit. It was taken over by the Roth Theatres chain in 1949. It became an ‘art theatre from 1956 and this continued until its closure in 1964. It was demolished in 2013, and housing was built on the site.