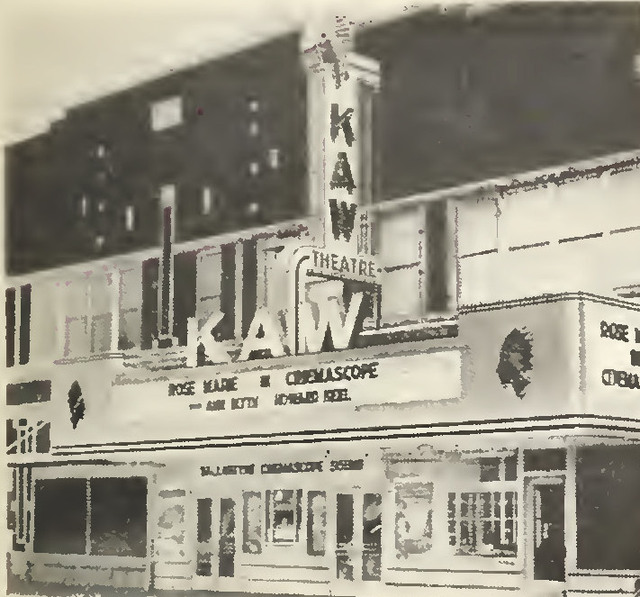 The Kaw theatre was opened on September 8, 1934 with seating listed at that time of 1,010. Commonwealth Theatres was the operator from 1975 until it closed in 1985. Since closing the theatre has been demolished and there is a parking lot where the theatre once stood.

The Kaw Theatre had a film seized during its adult operation. On March 8, 1973, Judge A.B. Fletcher ruled that the Junction City theater’s presentation of the film, “Pornographic in New York” was obscene and ruled that the film had to be destroyed.

A.W. Heyl and C.B Kelly opened this venue on September 8, 1934. The concession stand was subleased to Tom DeLuxe.