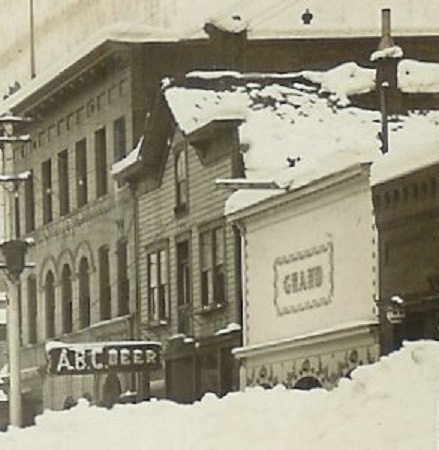 As the Grand Theatre that opened at 513 Cedar Street in 1915 is already listed at Cinema Treasures, Maybe we could make this page for the first Grand, seen in the photo on this page at the PSTOS web site.

A building at 518 Cedar Street now housing part of Fonk’s General Store might or might not be the same building that housed the first Grand. As the theater probably closed when the new Grand opened, the building now on the site might have been built after that, or it might be the theater’s building remodeled.

PLEASE DELETE THIS THEATRE. IT IS THE SAME THEATRE AS THE GRAND THEATRE LISTED ON CT. I HAD THE SAME ADDRESS, I’M NOT SURE HOW IT ENDED UP 518. SORRY