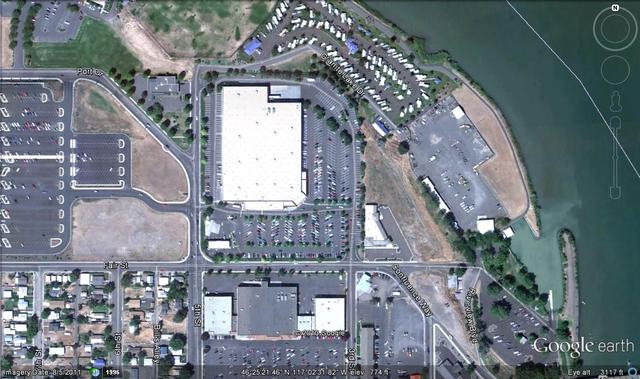 This $30,000, 400-car drive-in opened on June 26, 1952 with “Angels in the Outfield" staring Janet Leigh. It was operated by Edward Metzgar who had opened a drive-in in Lewiston, Idaho the previous May.

In March of 1956 a 60’x90’ screen was installed. According to Boxoffice Magazine, by 1957 the capacity had increased to 700. It was later listed in the International Motion Picture Almanac until 1982, with capacity reduced to 225 cars.

Now Costco. Approx. address for this drive-in was 301 5th Street.