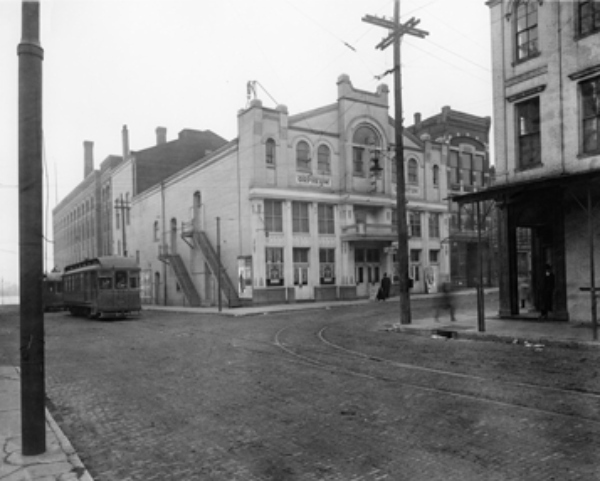 Historic Evansville says that this house opened as the People’s Theatre on November 7, 1892, was renamed the Orpheum in 1908, and burned to the ground in 1917.

The People’s Theatre is listed under Evansville in the 1897-98 edition of the Julius Cahn Official Theatrical Guide. Thomas J. Groves was Mgr; the seating capacity was 1,426. The proscenium opening was 32 feet wide X 26 feet high, and the stage was 36 feet deep. The theater was on the ground floor and had electric illumination. There were no less than 5 daily newspapers and 4 hotels for show folk. There was also a Grand Theatre in Evansville which had 1,899 seats. The 1897 population of Evansville was 65,000.