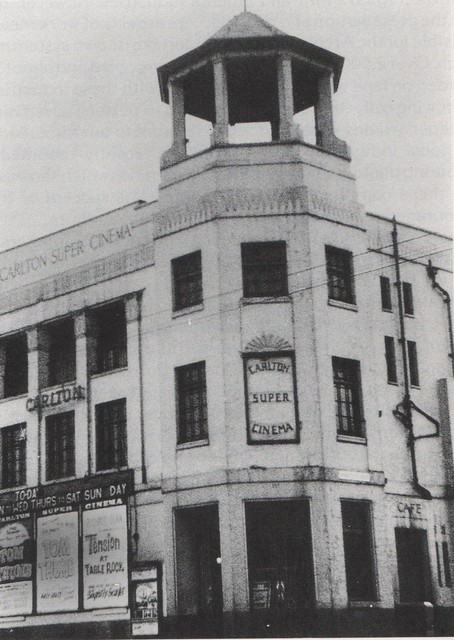 Located in the east Manchester district of Clayton on the south side of Ashton New Road, next to Mayne’s Bus & Coach Garage. The Carlton Super Cinema was built for the Reed, Snape & Ward circuit and opened on 7th July 1930. The cinema had a corner entrance, which was topped by an open dome supported on pillars. Inside the auditorium seating was provided in stalls and circle levels. It had a 35 feet wide proscenium, a 14 feet deep stage and six dressing rooms. There was also a café attached.

By 1963 it was operated by the G.B. Snape Group of Assoc. Cinema Companies. The Carlton Super Cinema was closed for a month in February 1964 when renovations were carried out. Unfortunately, these improvements were in vain, and the Carlton Super Cinema was closed as a cinema in 1965. It became the Carlton bingo club, which operated into the 1990’s. The building then lay shuttered and derelict, and was demolished in 2006.