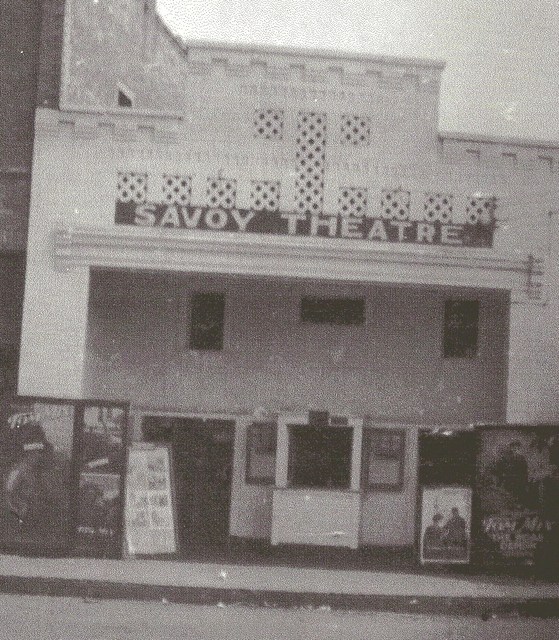 This theatre was located in the cotton mill village of Alabama City (now Gadsden). It was opened by 1922, but suffered damage by a fire in November 1922. It was later reopened and was still operating in summer of 1927.

The Savoy was listed in the Motion Picture section of the 1922 Cahn guide, but with no details. In 1923 it suffered a fire, according to this item from The Moving Picture World of March 15, 1924:

“The Savoy Theatre, Alabama City, Ala., which suffered a disastrous fire last November, has been reopened. Mr. Woods, owner, has closed his Lyric Theatre, Gadsden, Ala., which is to be converted into a store.”

“Mr. Woods” was probably the man listed in the 1922 Film Year Book as Will B. Wood, the head of a small chain of theaters consisting of the Belle, Lyric, Savoy and Pastime in Alabama City. The Savoy and the Belle were both mentioned in the July 8, 1927 issue of Motion Picture News.