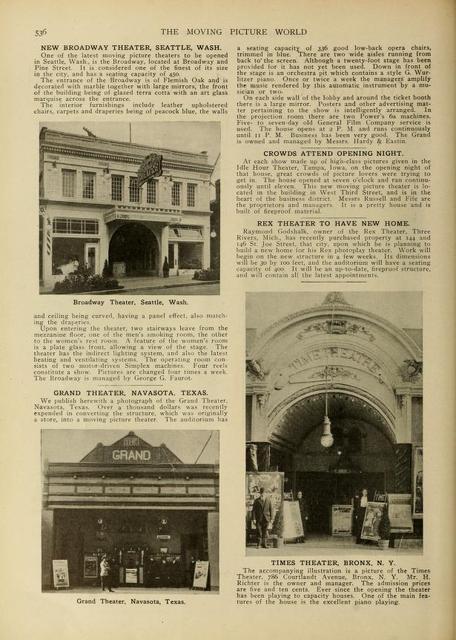 The Time Theatre was an early purpose-built cinema in the Melrose section of the SW Bronx. A brief report in Moving Picture World in 1914 said that the Time Theatre had been playing to capacity since opening, and that some of its popularity was due to the excellence of the piano playing.

Historian Michael R. Miller’s “List of Bronx Theatres” gives a building date of “1910’s” for the Time Theatre, but provides no other information. The theatre apparently had a short existence as bigger and better cinemas opened throughout the Bronx.