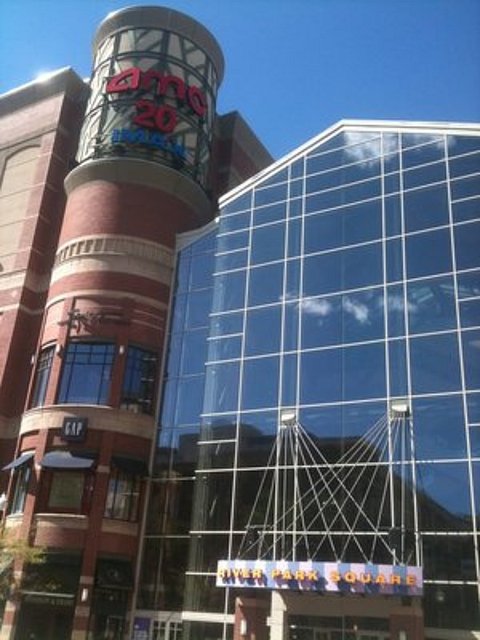 The Spokesman-Review noted that the auditoriums are divided between the fourth and fifth floors of River Park Square. The arrangement of the 3,700-seat theater is 100 to 400 seats per stadium.

Between 1979 and 1991 there was a twin-screen cinema at River Park Square but it was demolished by the time the renovated Square opened in 1999.

A picture of the main entry can be seen here.