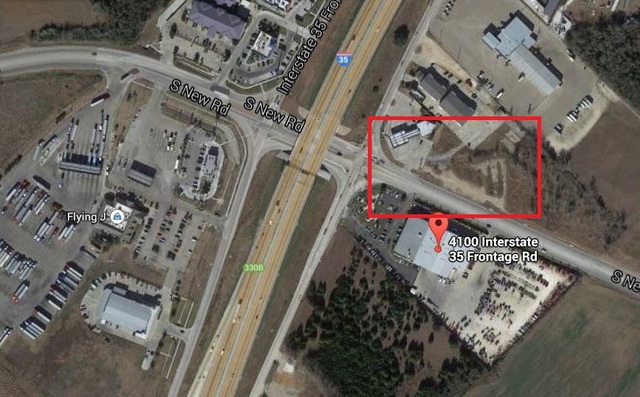 The Waco Drive-In was opened in 1946. By 1955 it was operated by Lone Star Theatres. It was later managed by Oscar Cranford. I found this information from the 1965 Waco city directory. It was still open in 1973.

Above is WAY, WAY OFF! Approx. address for this drive-in was 4100 North Interstate 35 Frontage Road.

Chuck1231 and jwmovies…looking at both TOPO maps from both locations. There was DI’s at both locations and they are not too far apart. So I’m thinking the address is right on the header since Chuck has seen movie ads with the address on it. So what was the name of the other DI that jwmovies has found?

Chuck1231…Look at this movie ad I just posted from the Circle DI. Maybe jwmovies is right?

The Waco News Tribune shows the address as 4100 La Salle Ave. The theatre opened in 1947 about the same time as the Circle Drive In on 2112 La Salle Ave.

The above address will map accurately to the location of the Waco Drive-In. The address in the header is for the Circle Drive-In, which was roughly 1.5 miles further north.

New road was a dead end street after you passed underneath I-35. the entrance to the Waco drive in was a private road that started at this dead end. The front of the screen faced I-35-I worked there as a kid in the concession stand and changed the movies on the front marque every week. My wife worked the ticket office-we had a lot of fun times at this theater around the late 60’s. The same people owned the Circle Drive in and I worked there occasionally. The Waco was a dollar a carload-the Circle was a newer, fancier drive in and charged per person.

Still In Operation Since 1973.