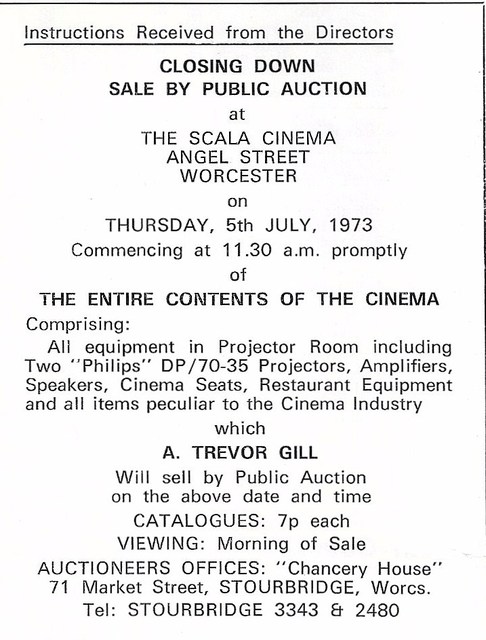 Located in Worcester town centre at the corner of Angel Place and Angel Street. The Scala Theatre was opened as a cinema on 27th November 1922 with “Theodora”. Seating was provided in stalls and circle levels.

Although independently operated, it was a first-run cinema in the town, and was the first cinema in Worcester to have CinemaScope installed, opening on 22nd March 1954 with “The Robe”. The CinemaScope screen was installed forward of the original proscenium.

The Scala Theatre was closed on 2nd June 1973 with “Bequest to a Nation”. The building was gutted internally and became the Worcester Leisure Centre. Since at least 2009, the building has been in use as Shipleys Amusement Arcade.

In November 2021 it was announced that the Scala Theatre would be renovated and become the new home of the Swan Theatre.

A picture of the Scala building as of 2004: View link