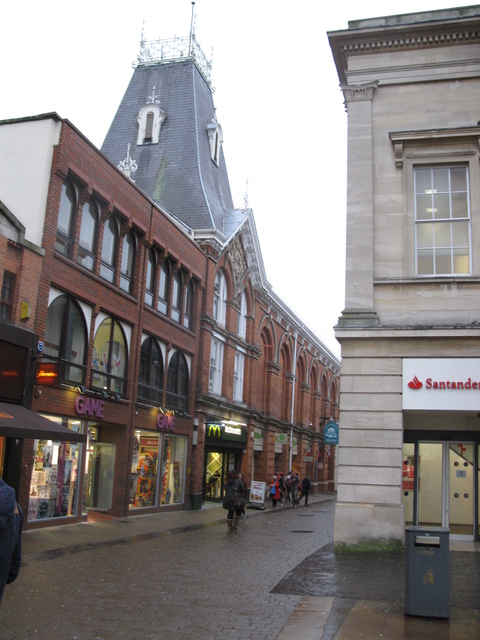 Located in Lincoln city centre. This was built as the Corn Exchange in 1879. It was the first cinema to open in the city, when it opened as the Cinematograph Hall on 28th May 1910. All seating was on a single unraked floor. It was equipped with a Jones straight organ.

It was equipped with Western Electric sound system on 6th April 1931, and the first ‘talkie’ to be screened here was Bobby Howes in “Third Time Lucky”. By 1934 it had been re-named Exchange Kinema.

After a short period of closure in early-1954 when it was refurbished and renamed Astoria Cinema, it was equipped with CinemaScope from 8th February 1954, screening Robert Mitchum in “River of No Return”. In January 1956, the Astoria Cinema was taken over by the Rank Organisation, and they quickly closed it on 23rd June 1956.