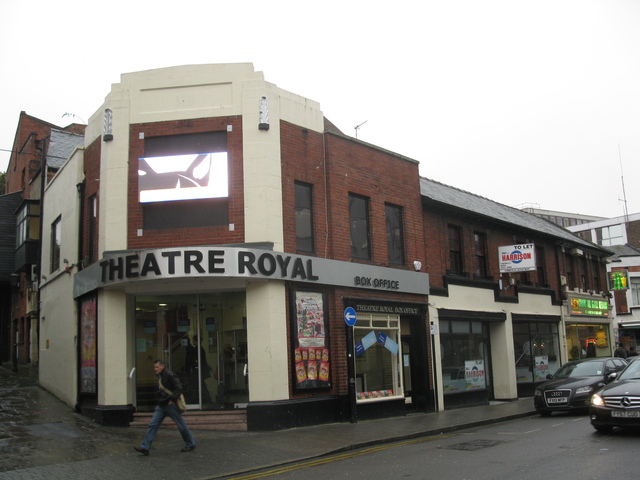 Located in the centre of Lincoln. The original Theatre Royal was built and opened in 1764. It was rebuilt in 1806, and was destroyed by a fire on 26th November 1892.

The New Theatre was designed by theatre architects Bertie Crewe and W.G.R. Sprague. It opened in December 1893. Seating was provided for 840 in orchestra stalls, dress circle and gallery levels. The stage was 25 feet deep and the proscenium 21 feet wide. In 1907 it was re-named Theatre Royal, and a new entrance was built on Clasketgate. It began screening films from 1909, and on 5th May 1913 began a summer season season of films, before reverting back to live theatre use.

In 1945, the entrance had a new facade built onto it. The Theatre Royal was taken over by the City Council. In February 1985, a new projection box was built and the theatre was equipped for cinema use, but didn’t screen films until 31st March 1987. This use lasted on an occasional basis until 1989. Since then, it has operated as a live theatre only, with a reduced seating capacity.

The Theatre Royal is a Grade II Listed building.

On passing in late September, 2016 there were no bills or advertising of future programmes outside the theatre