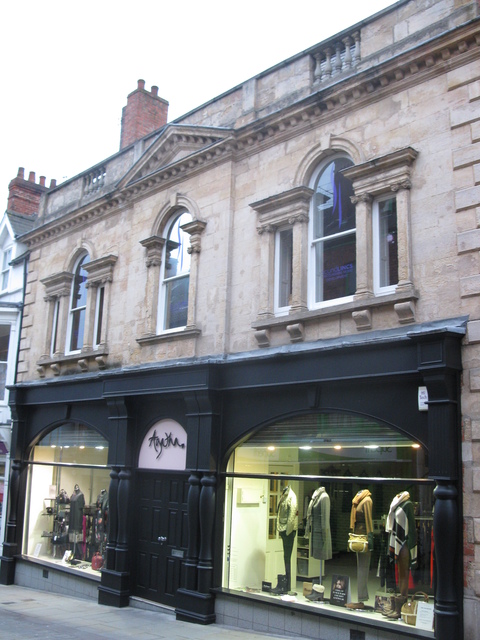 Located on the upper part of the High Street, close to the Theatre Royal. This was an 18th century residence that was converted into the entrance and foyer of the Lincoln Theatre which opened as a cinema in May 1911. The auditorium was built at the rear, and had all seats on a single unraked floor.

The Grand Cinema was closed on 21st February 1960 with Maurice Chevalier in “Gigi”. There were proposals to build a new road through the site, but these came to nothing. The building was purchased by the Freemasons, for use as a temple, but they sold it to the City Council.

It was used for storage, and eventually the building fell into a state of disrepair. In July 1986, the derelict auditorium was demolished, and the site became a car parking lot. The front of the building, including the foyer was retained, held up by scaffold for many years. In 1991, this was renovated and converted into a retail units with offices above.

This webpage has some additional details about and pictures of the theatre,