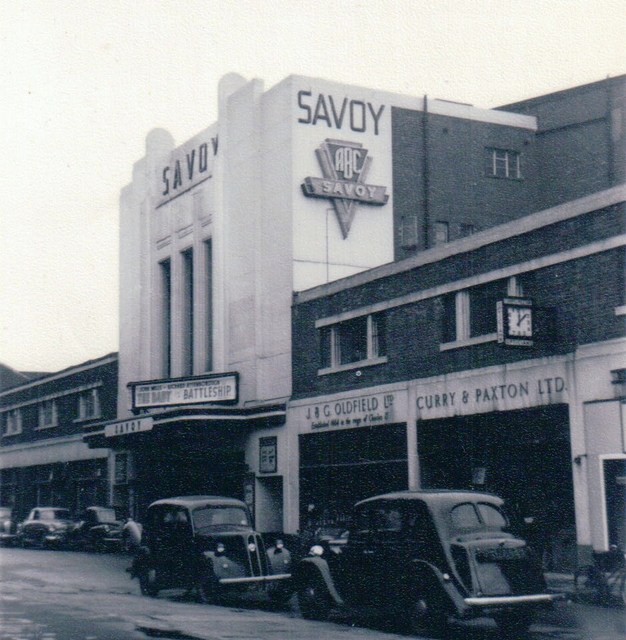 The Savoy Cinema was built for and operated by Associated British Cinemas(ABC). It was designed by their ‘in-house’ architect W.R. Glen. Seating was provided in stalls and circle levels. The proscenium was 44 feet wide, there was a large stage and twelve dressing rooms. The Savoy Cinema was opened on 14th December 1936 with Ronald Colman in “A Tale of Two Cities”. It was equipped with a Compton 3Manual/6Ranks organ that was opened by organist Wilfred Southworth.

The Compton organ was sold and removed from the building in 1965, and was later installed in a private cinema in Newark, Nottinghamshire. On 3rd April 1961, the Savoy Cinema was re-named ABC. From the early-1950’s and up to 1971, it presented many pop shows on its stage. Among those appearing include:Tommy Steele, Adam Faith, Shirley Bassey, Bully Fury, Helen Shapiro, Paul & Paula, Paul Anka, The Beatles, The Rolling Stones, Chuck Berry, The Everly Brothers and the Dave Clark Five.

The ABC was closed on 3rd June 1972 for alterations to make the former stalls into a Star Bingo Club and the former circle became a 549 seat ABC cinema which opened on 2nd August 1972 with Frankie Howard in “Up the Front”. In September 1983 the ABC was given a redecoration, with new carpets, seats and screen curtains, re-opening in October 1983.

On 15th November 1986, the ABC chain was taken over by the Cannon Group, and the cinema was re-named Cannon. The Cannon was closed on 20th October 1988 with Barry Humphries in “Les Patterson Save the World”. The building had been sold to developers and was demolished in March/April 1990. The Waterside Shopping Centre was built on the site in 1991.