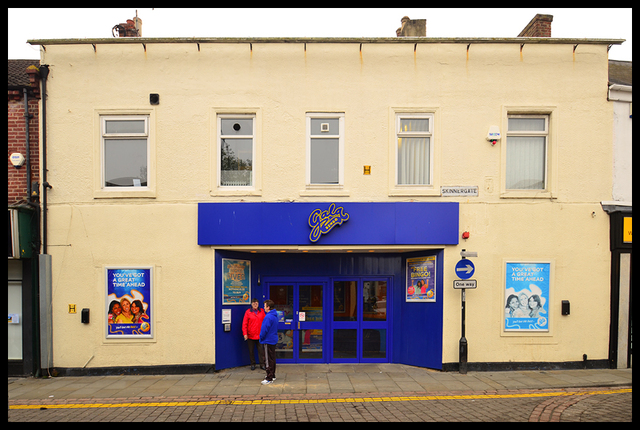 The Arcade Cinema was built by Gale & Company Ltd. chain, and opened in August 1912. Initially it had seating for 800 provided on a single floor. In 1913, a 500-seat balcony was added.

The Arcade Cinema was closed by Circuits Management Association(soon to be the Rank Organisation) on 11th August 1956. It was converted into the Majestic Ballroom in October 1956.

It became a Top Rank Bingo Club in the 1960’s, followed by operation as a Gala Bingo Club. In June 2018 it was re-named Buzz Bingo Club.