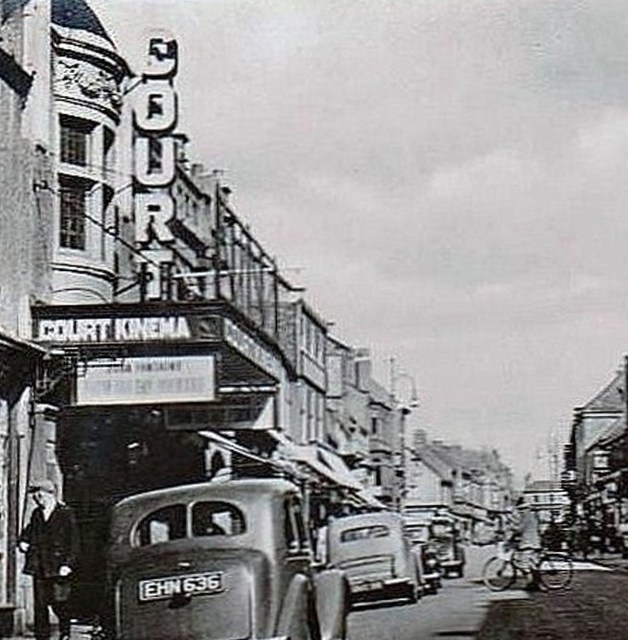 The Court Kinema was destroyed by a fire on 15th August 1947, with only the front section and foyer remaining intact. A lady living in an adjacent cottage was a victim of the fire when she tried to retrieve her property. In the 1950’s the Court Arcade was built on the site and the front section of the the original cinema building was also converted into shops.

Another view of the former cinema: View link

I often wondered what this place looked like whilst still a cinema and I have to say that its Front Of House was very pleasant according to this photo. Thank you to the person who has uploaded it!

Old timers in Darlington told me that the film showing on the night of the fateful fire was ‘The Brothers’ (Maxwell Reed, Patricia Roc). Apparently , at the time, that particular film had a rather controversial reputation and the locals jested that “there was ‘hot stuff’ on at the Court when it went up in smoke"….

Photo of the Court Arcade uploaded.

Article re the Court’s destruction by fire:–