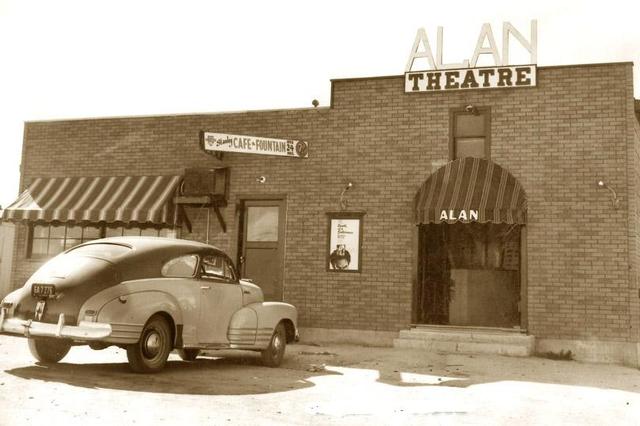 Little is known of this modest frame theatre in a tiny desert company town (Gerlach-Empire, Nevada, now finding new life as a tourist destination) that seems to have opened in the late-1940’s and later fell into disuse and disrepair but as of 2012 was being adaptively reused for other purposes.

Gerlach-Empire was basically a company town that basically existed to serve the needs of the workers that once worked at a large gypsum mine and nearby processing plant that produced sheetrock for many years. With the closing of these facilities in 2011, the town has substantially declined, even losing its original zip code. The theater was probably like many other company town theaters, utilitarian, but an important recreational venue in a somewhat isolated area, about one hundred miles NE of Reno.

“March 18, 1952: Mr. and Mrs. Daniel C. Davis, operators of the Alan theater, have begun remodeling the building and plan to show an additional movie each week.” (The theatre was owned by Charles Carter, the justice of the peace.)