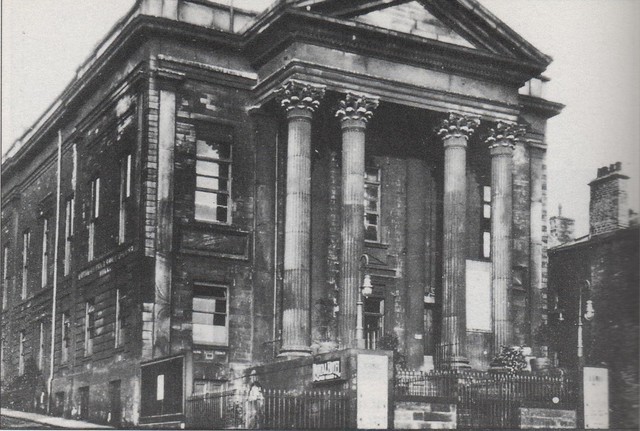 The Oddfellows Hall was opened on 6th June 1840. It was a magnificent building, with for Corinthian columns supporting a pediment above. Initially it was used as a general purpose hall, and for concerts and other entertainments. Franz Litz gave a performance here and Charles Dickens gave a reading. It was converted into a music hall in 1888.

In 1900 it was taken over by the MacNaghten Vaudeville Circuit and was re-named Halifax Peoples' Palace. It began screening films around 1917, and in 1920 it was re-named Alhambra Picture House.

Later known as the Alhambra Cinema, it was purchased by Halifax Council in 1955, but continued to operate as a cinema. CinemaScope was installed and the new proscenium was 25 feet wide.

The Alhambra Cinema was closed on 20th June 1959. The building was demolished in July & August 1963. The site is now used for car parking.

A sketch of the theatre and a photo of it from 1959 can be seen here.