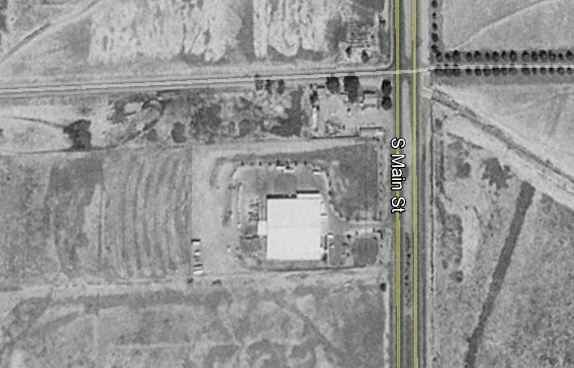 Located at S. Main Street at W. Jaffa Street. The BallOJak Drive-In was opened in 1951, when it was operated by R.I. Payne of Frontier Theatres Inc. of Dallas, TX.

the ramps are still there!

Odd name!! Why the name Ball-O-Jak?

A 1961 aerial photo shows the drive-in to be intact and seemingly operating.

It was also called BallOJak without the dashes in the name.

Still in operation since 1967.

As kennerado noted, this drive-in consistently advertised from at least 1953 until it closed as the Ballojak (occasionally Ballojack) with no hyphens or spaces.

The final ad I could find in the Roswell Daily Record for the Ballojak, then owned by Commonwealth, was on Sept. 20, 1970.