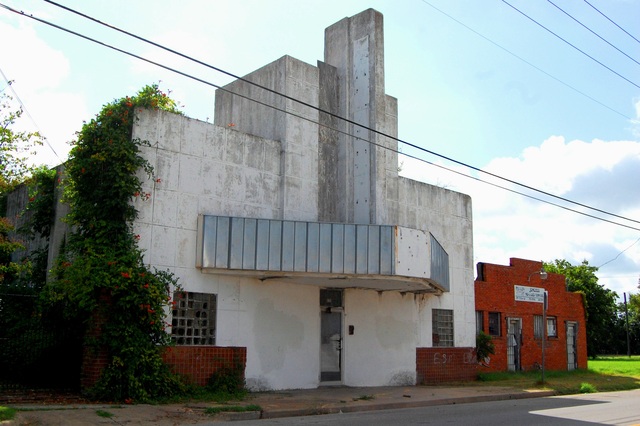 Some additional historical detail about the the Alpha and a picture of it when was operating can be read and seen here.

The $35,000 Alpa Theatre opened in 1947 and got its name from a nearly twenty year old restaurant called the Alpha Café which moved from Austin Avenue to the 219 Clifton next to the Alpha Theater. The east-side Alphas served locals in the African American business district and marketed to the nearby Paul Quinn College student population. The area was served by the last-remaining electrified streetcar line upon opening.

The theater closed during what was likely a 20 year lease and was vacant for a period. The Alpha Café became the Alpha Grill which out survived its neighbor with live jazz music until the early 1970s. The theater became a hair products factory in 1976 when the building was renovated and received a slight extension. Its longest period was vacant with stored junk for a lengthy period. Cleaned up in 2015 for potential renovation as children’s theater and community center. It can be listed as renovating.