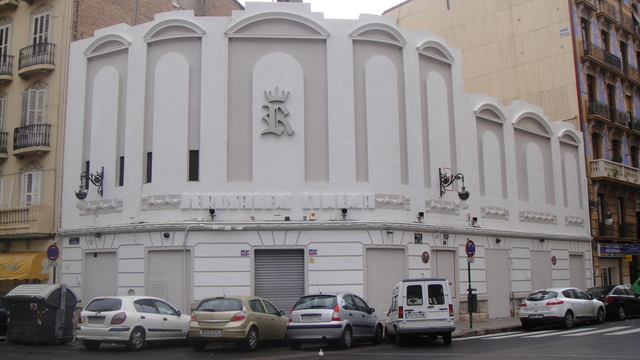 Located in the southern part of the city centre, close to the railway station. The Jerusalem Cinema was opened in 1928. Designed in an Art Deco style by architect Salvador Donderis Tatay, it had seating provided for 380 in the orchestra and 200 in the balcony.

The Jerusalem Cinema was closed in 1985. It was converted into a nightclub, in 2008 known as Gran Caiman.

Another view of the former Jerusalem Cinema can be seen here.