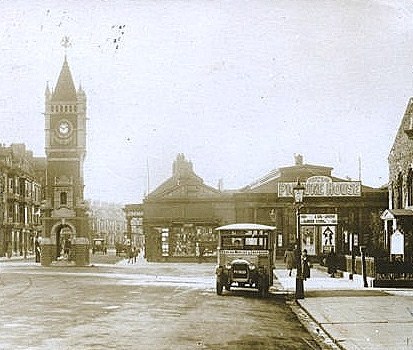 Located in the seaside town of Redcar, Cleveland. Built as the Central Railway Station, this part of the building was offered for sale in 1862, and was converted into the Central Hall in 1873. In 1893 it was operating as a live theatre, presenting a performance of “The Mikado” by the D'Oyle Carte Opera Co.

It had reopened by 1954, and was equipped for CinemaScope in 1955. The Central Cinema was closed, together with the adjacent Regent Cinema, on 23rd July 1964 and were demolished for redevelopment.