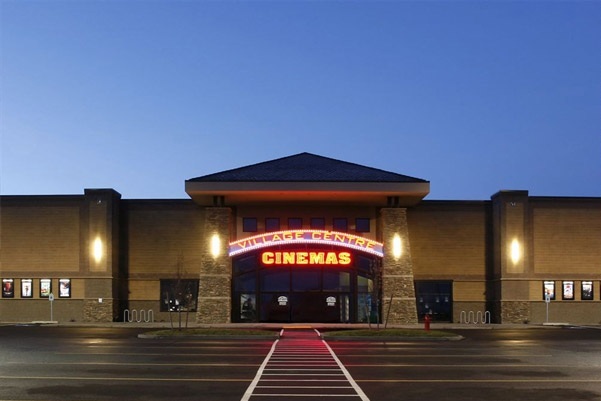 The Spokesman-Reviews reported in 2009 that the $6 million, 10-screen Village Centre Cinemas at Airway Heights was to open in the late fall. According to movie listings, it may have opened on November 13.

The theater, planned by Design West Architects P.A. of Pullman, has auditoriums ranging from 125 to 225 seats.

State Route 2 is also called Sunset Highway and Airway Heights is a separately incorporated city but the theater’s website lists it as being in Spokane.

Exterior pictures of the theater can be seen here.