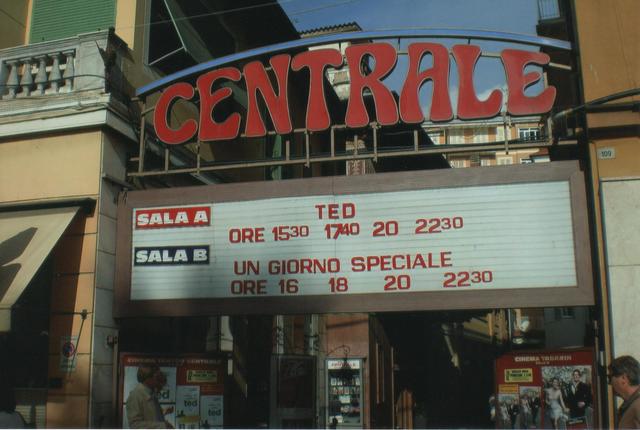 The Cinema Teatro Centrale opened in 1924. It now operates as a twin-screen cinema, by the operators of the nearby Cinema Teatro Ariston.