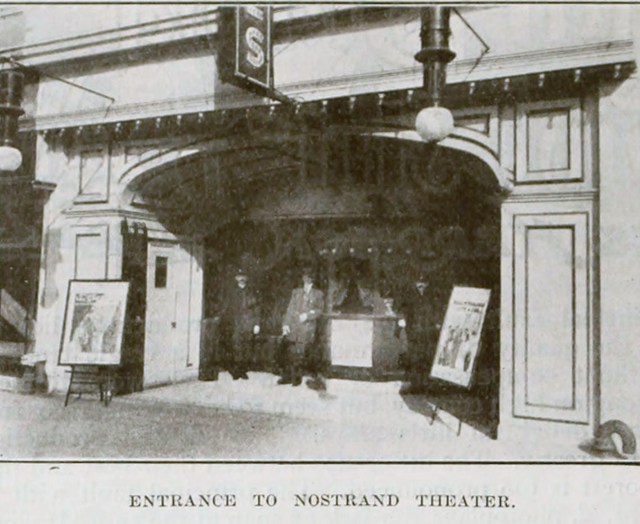 One of several Nostrand Theatre’s which operated along the length of Nostrand Avenue. This one opened in 1910 with a seating capacity for 299, all on a single level. The side-walls and on each side of the screen were decorated by painted panels depicting palm trees on an island setting.

It was enlarged to 560 seats, and reopened on October 24, 1913. A sloping floor had been installed and there were two boxes containing 30 chairs in each at the rear of the auditorium. New owners took over in 1917, and it was closed a a silent movie theatre in 1928.

Today, a Key Foods supermarket operates out of the building.