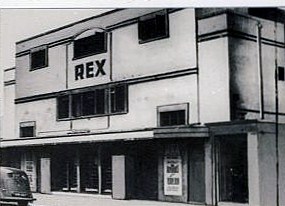 Located in the Teams district, to the west of Gateshead, Tyne & Wear. The Rex Cinema was opened on 16th February 1939 with Francis Lederer in “Lone Wolf of Paris”. Seating was provided on a stadium plan, with a raised stepped section at the rear, rather than an overhanging balcony. The proscenium was 30 feet wide. It was designed in a very simple Art Deco style, and was rather plain.

The Rex Cinema screened “The Robe” in CinemaScope in March 1955. It was closed on 28th January 1961. In 1962 it was converted into a bingo club. It was purchased by the Council in 1970 and was demolished.