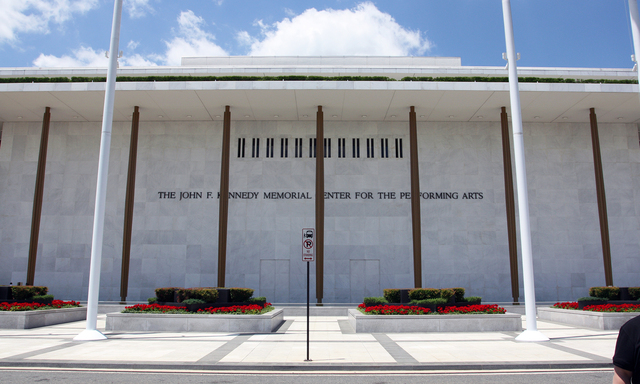 The AFI National Theater at the Kennedy Center was for many years the flagship exhibition program of American Film Institute. The AFI National Film Theater opened on a single screen in 1973. For decades, the theater provided Washingtonians with the very best in global cinema.

The programming was an eclectic mix of global cinema and revivals, with the occasional new release that could not find a commercial venue. For instance, Martin Scorsese’s “King of Comedy” had its Washington, DC engagement at the AFI.

The space, renamed the Family Theater, was rebuilt to the designs of architectural firm Richter Cornbrooks Gribble Inc. and is now used as a youth theater.

During the AFI years, the auditorium side walls were decorated with actual auto body parts (hoods, trunk lids).

Here are two interior views: 1 and 2