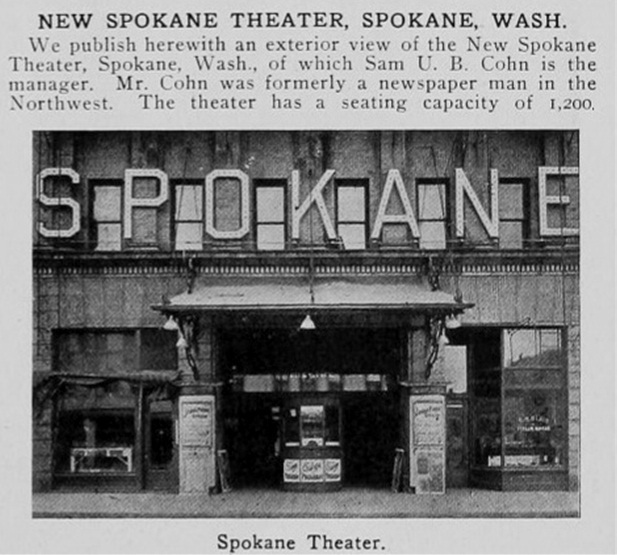 The Spokane Daily Chronicle covered the reopening of the Strand Theater by owner James McConahey on July 28, 1917. For the opening ceremony 250 cavalry troops marched to the theater and then were treated to a free movie called “Fighting in France".

The showhouse was previously called the Spokane Theater when it opened around 1901 as a vaudeville house, which later started showing silent movies. It was renamed the Strand Theater in 1916 when C.S. Crews reopened it with a film and vaudeville policy.

On December 9, 1917 The Spokesman-Review reported the burning and near destruction of the Strand Theater, which resulted in a $55,000 loss ($954,000 in 2012). The 4:30 am fire left only the walls of the building standing and the newspaper published a photograph of the mangled interior.

The owner said he wasn’t sure if he would rebuild and it appears a theater never reopened on the site. A Spokesman-Review story in 1932 said the building was converted into a service station.