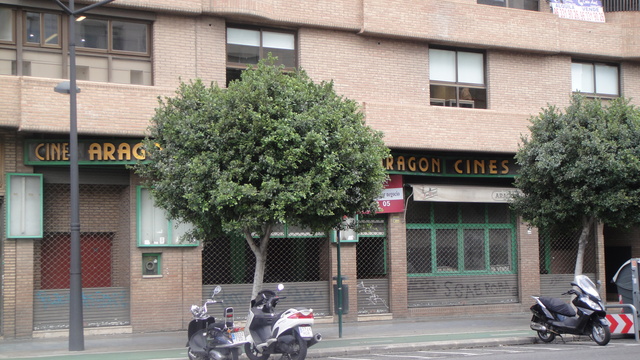 Located in the city centre at the beginning of the Avenida del Puerto, which leads to the Port of Valencia. The Cines Aragon was a 4-screen cinema, possibly opened in the late-1960’s or early-1970’s, inside a modern apartment building.

The Cines Aragon was closed in 2005, and has remained unused ever since. Seen unused in November 2012 and again in August 2014, a poster in one of the frames still advertises one of the final films “El Perro Mongol”(The Dog From Mongolia).

A closeup view of the entrance can be seen here.