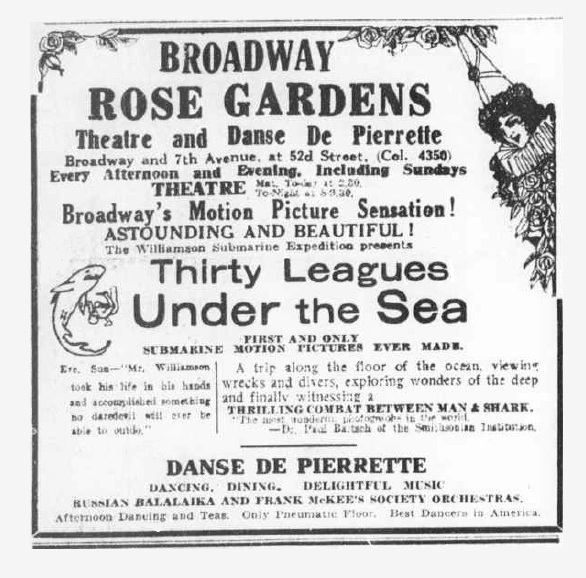 The record as New York’s shortest-lived movie theater probably goes to the Rose Garden Theatre, opened on September 14, 1914, as part of the Broadway Rose Gardens, a former skating rink converted into a combination theater and dance hall. The entire complex was decorated as a rose garden, with lattice ceilings and trellises entwined with artificial rose bushes.

The construction of the theater lasted longer than its operation, which continued for only a few weeks. By November, local entertainment publications were reporting that the theater’s space had been absorbed into the more popular dance hall.