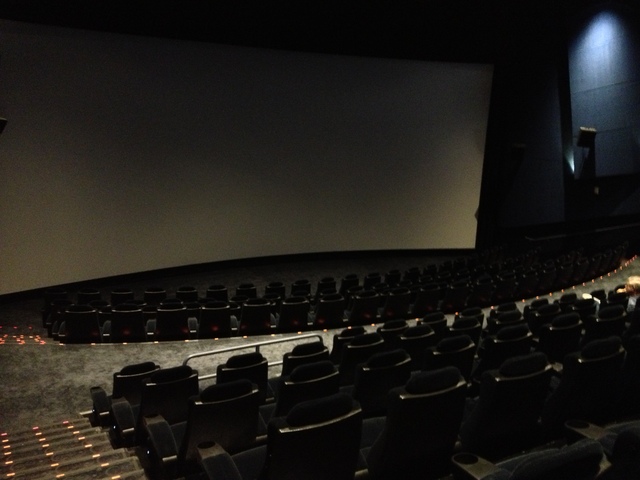 Located in a conversion of a renovated Robinsons-May building. The Arclight La Jolla was opened November 2, 2012. It was closed on March 17, 2020 due to the Covid-19 pandemic. It was announced on April 13, 2021 that the closure would be permanent in all ArcLight/Pacific theatres.

This article about the theater’s opening includes two pictures.

I saw The Hobbit here in 3D HFR and Dolby Atmos. In addition to the usual arclight usher giving a short speech before the movie, there was a guy from Dolby who talked about the HFR and Atmos sound system. He mentioned that the auditorium (number 7 which has a little over 200 seats and maybe a 50 foot screen) has 38 speakers – only 3 of them subwoofers. The bass during the movie was not spectacular. They should add more subwoofers.

The 3D glasses were active shutter I think. They seemed to dull the picture and color a lot worse than the passive glasses that real3d and imax3d uses. I think they should switch to passive 3d glasses.

Arclight members were recently notified by email that this chain of theatres is going to start charging a $15 annual membership fee. One must now pay for the privilege of having a rewards/loyalty card that has been 100% free for well over a decade. All current memberships will terminate at the end of this summer. Members with accrued points who do not renew under the new program will have 24 months afterwards to use any accrued points. One must use or lose even new points under the new membership within 24 months. The trade-off is that you get a 10% discount on coffee, a $5 gift card for signing now, and other things that nobody cares about. They are calling these things “exciting new benefits”.