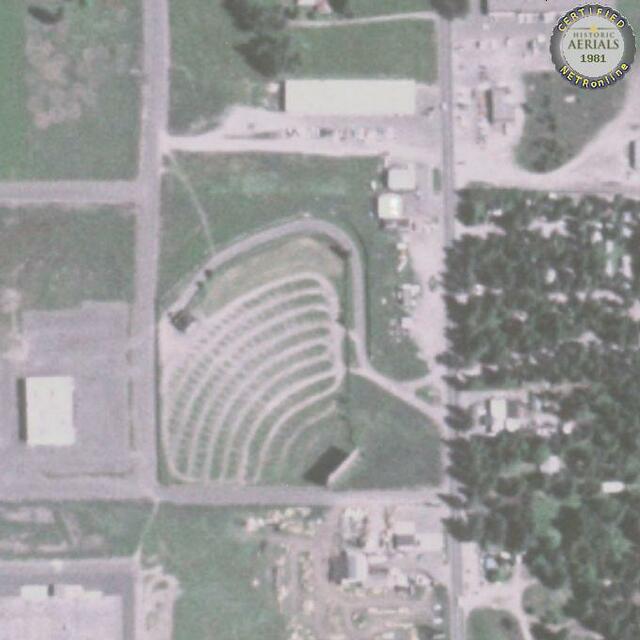 The Coeur d’Alene Drive-In was opened on April 3, 1953 with Jean Peters in “Lure of the Wilderness” & Frank Sinatra in “Meet Danny Wilson”. It was operated by Willard and Maxine Seale and was adjacent to the Showboat Drive-In, which was located at 3555 Government Way. It was said the family operated the theater for 21 years.

In 1977 the Spokane Daily Chronicle noted that Tom Moyer of Luxury Theatres owned the theater and he planned on building an indoor tri-cinema adjacent to the drive-In, which was on the property of the former Showboat Drive-In.

After the Coeur d’Alene Drive-In closed for the 1986 season, a high wind in November toppled the screen. In December the Spokesman Review published a photo of the marquee, which read, “Gone with the Wind” spelled out in bold letters.

The Chronicle reported in May of 1987 that a fire in the projection booth of the ‘abandoned’ theater caused extensive damage. The drive-in may have never reopened, as there is no more mention of it in the news. It was, however, listed in the 1988 edition of the International Motion Picture Almanac with room for 400 cars.