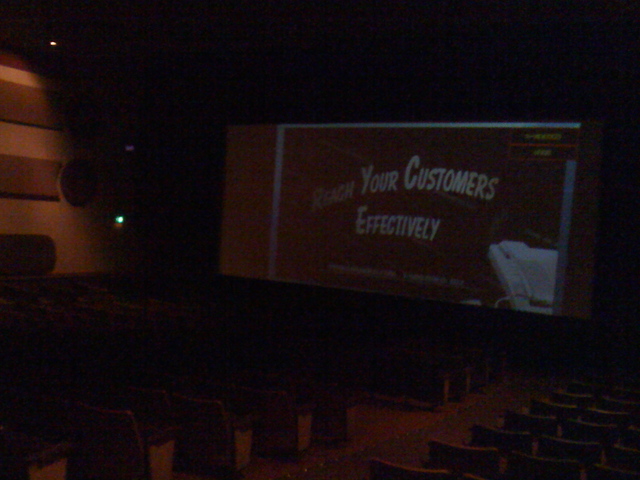 Four pictures of the Galaxy Narrows can be seeen here.

I added a couple of my own pictures I took around 1999 back when it was run by AMC Theatres and had Union projectionists.

Now closed! Never a big fan of early 80’s AMC but visited it quite a bit in its busy early years as a teen. Lots of memories! 1983 was quite the screen expansion in Tacoma: SRO’s Tacoma West added 2 screens to its 3, SRO’s Tacoma South 5 opened, and AMC opened the Narrows Plaza 8. Nearby that year AMC also opened the Center Plaza 6 (renamed SeaTac 12 North) and Luxury Theatres opened the crap-tastic Puyallup 6.

Prior to 1983 the Tacoma area had only a handful of multiplexes: The SRO Tacoma Mall Twin and Tacoma West 3, the South Tacoma Village which had just expanded to 4 tiny screens and in Lakewood the GCC Villa Plaza I-II-III. Single Screeners were very common. In Tacoma: The Temple, Rialto, Roxy (Pantages), Narrows (not the AMC), Bijou (Blue Mouse). Also nearby single screeners: The Lakewood, The Parkland and Puyallup’s Liberty. Also – 3 drive-ins. 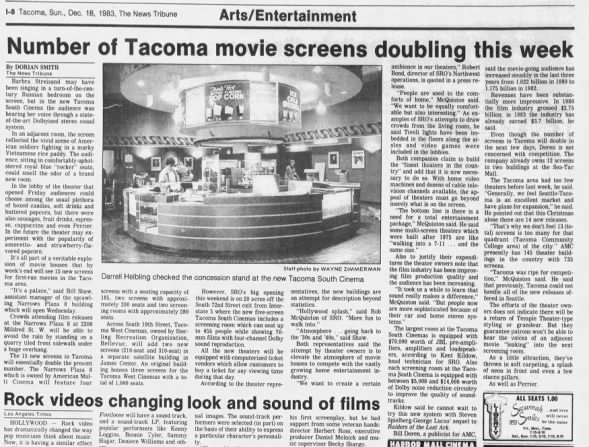