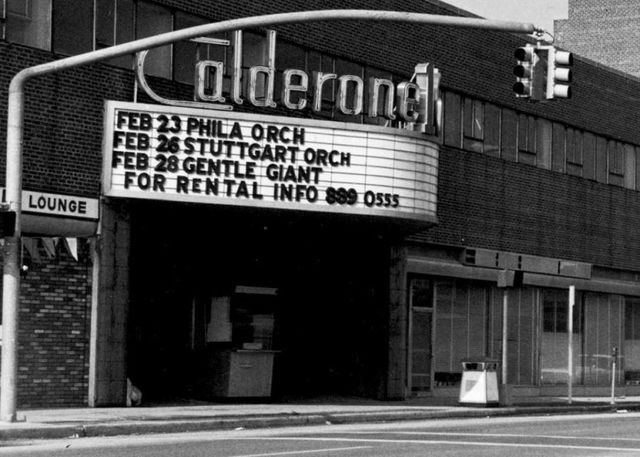 Named after its owner, the Calderone Theater was the last to be constructed by this family chain on Long Island, opening on June 20, 1949.

Over the years it operated dually as a movie house and concert venue. Throughout the 1970’s and into the early-1980’s, the Calderone Theater played to packed houses, booking the likes of The Dead, Aerosmith, etc. As the neighborhood fell under bad times, so did the Calderone Theater.

The theater went through a series of uses and operators over the last 20 years, ultimately getting split up into a 7 screen multiplex on May 15, 1992. It has most recently been taken over by a local church that is in the process of restoring the auditorium for their congregation.

During the period when it was split up into 7 auditoriums it was known as the Village Cinemas.

Uploaded a picture of the marquee when the Calderone served as a concert hall. From the Newsday Long Island Places we Loved site.

I used to go to the Calderone Theater almost exclusively when I was child in the fifties. All the big movies played there. Saw Elvis, Dean & Jerry, Godzilla, etc. Used to be 60 cents for children and 90 cents for adults. Parents used to drop us off alone and then come back to pick us up when the films were over. Always a double feature.

A few years back I read an article that during the construction of the Calderone they were going to have a stage for live acts, this is why it’s such a large theatre but had to cancel the idea as they found a brook underneath while building the stage as a result this would not allow the weight of the stage to hold up. Has anyone ever heard of this and if so is there a link to it

There is a 2/6/2004 comment re the stream but it doesn’t site a specific reference.

The first time I went there I saw Richard Lester’s"The Three Musketeers",it was huge beautiful theater.The next time I went it was a concert hall and I saw Carlos Santana!

Opening article with pictures. It had an escalator. 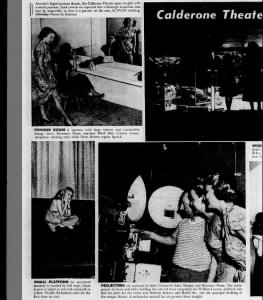 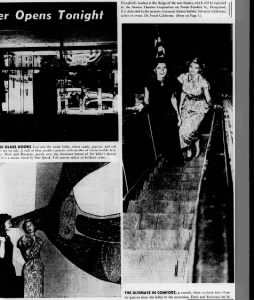 and here’s the grand opening ad 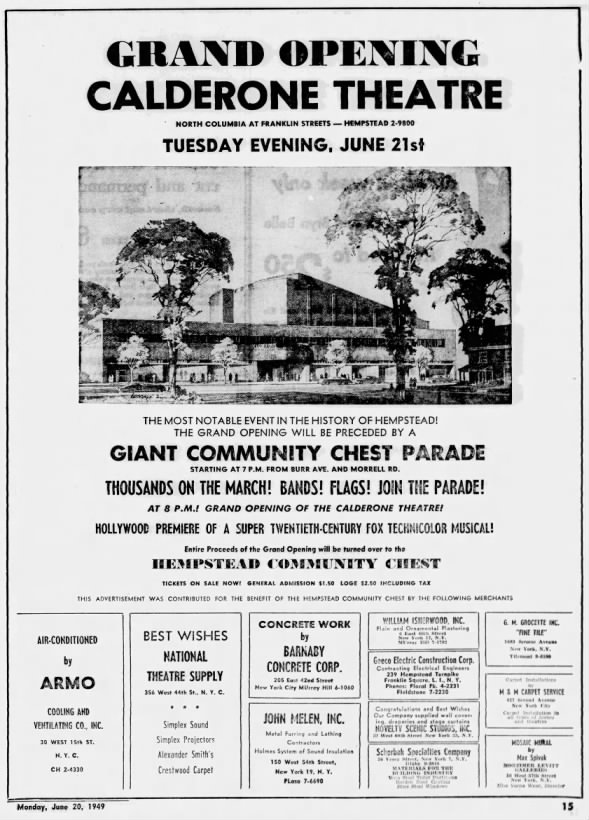 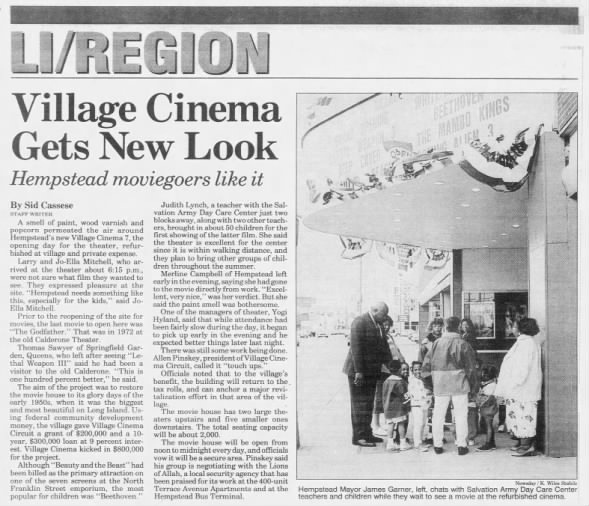 I used to come here a lot with my parents back in 1993-1996 when they used to show the Bollywood films in that big auditorium upstairs.

There were several Bollywood theaters that came and went during that decade, but this was my personal favorite, especially with so many big blockbusters drawing sold-out audiences.

I really enjoyed seeing all the posters they had in the hallway and I especially enjoyed their nachos with cheese dip…..mmmmm.