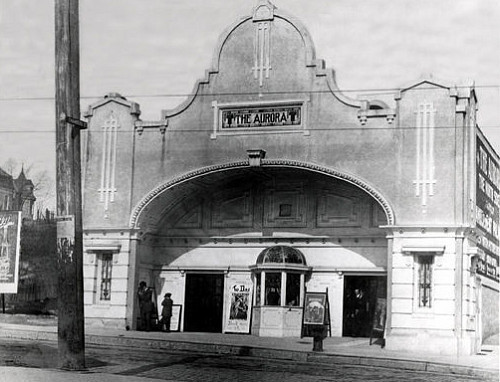 The Aurora Theatre opened in 1911 and had a nine-year lifespan as a film showplace before closing in 1920; the theatre building was later adapted for office use. The architect, John Roth, Junior, also designed the Grand Theatre on North Holton Street, which opened the same year as the Aurora Theatre.

Here is a picture of he Aurora Theatre.